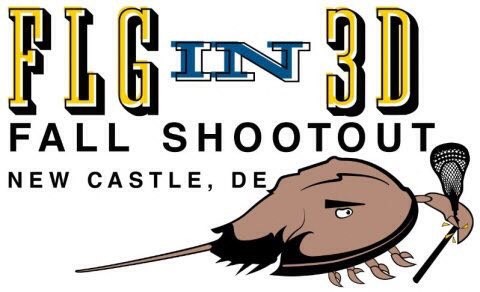 The FLG in 3d Fall Shootout, one of the biggest and most highly attended lacrosse tournaments of the year, was held in mid November at Appoquinimink High School in Middletown, Delaware.

3d Rising was there for the weekend, shooting photos, taking in the action.

We finally made it through the notes we took and collected throughout the two-day event, which brought more than 80 teams to Middletown on back-to-back days and drew more than 150 different college coaches over the course of the weekend.

Here’s a look at some of the players we were able to get good read on thanks to the help of our contributing scouts.

Cook continues to look like one of the most impressive attackman in the 2018 class, a tough, relentless right-handed presence who dodges hard and quick into possessions and puts instant pressure on defenses. He faced some tough matchups at the FLG in 3d event but was still productive in helping the Orange Crush to a solid weekend. The Syracuse commit can evade and spin in and out of traffic and pulled off a number of highlight reel plays throughout the weekend, showing himself to be especially dangerous in transition.

Fiorini is another member of the Orange Crush who continues to improve and projects as an impact player in college. The tall, athletic midfielder can barrel down the lane in a hurry and uses his size and speed to initiate up high in the box and is unselfish in looking to feed the ball. But he netted numerous goals off his own dodges, able to protect his stick while moving at full speed using his shoulders to shield his hands. He uses simple form and chugs his legs and makes a lot of good things happen. He is a horse in the middle of the field and created plays to get possession back for his team throughout the weekend. He’s another one of the Orange Crush players committed to Syracuse.

The West Genesee product ran pole for the first time and it brought out his athleticism at the end. He can get up and down and all over the field and make plays. He showcased speed and strength.

Matukas continues to show well as a utility midfielder who does a lot of things well and can fill a number of roles. He made a bunch of plays for the Orange Crush on the defensive end of the field playing tenacious defense and then showing hustle up the field. He’s in position to have a big year for a surging Westhill program.

A tall, nimble left-handed attackman, Bragg is coming into his own as a dangerous shooter who can let it fly from spots all over the field and put his shots into corners. His long arms and reach allow him to get his shot off with pressure and he gets a ton of torque on the ball. An early commit the admissions process at Yale, Bragg is 6-foot-4 and had a breakout year for Cazenovia. He was productive and played aggressive for the Orange Crush at FLG in 3d.

A standout athlete, Hackler was somewhere in the range of 65 percent of his face-offs, but was not even close to a FOGO as he then also showed himself to be a very capable dodger who created not only his own shot, but set up his teammates. He has speed and athleticism and is smooth carrying and changing direction. He has a hard shot once he gets to it. He also played great defense. Hackler already has plenty varsity lacrosse experience.

Schug continues to evolve as a playmaking defender who just creates havoc when he’s on the field. He uses his combination of range and physicality to disrupt passes and dodges and he has a soft handle on the stick when clearing up the field. He scored at least two goals at the FLG in 3d Fall Shootout.

Neufang, who is actually from Russia, is a physically impressive, athletic defender who can dominate his matchups thanks to his strength. A standout football player, Neufang has good hands and can handle the ball through the ride up the field. Neufang actually played up for a bit at the FLG in 3d Fall Shootout and faced some tough attackman but showed promise as a hard-nosed young defender.

Seely put together an excellent weekend for the Orange Crush. He became the rock of the team as collected a good number of expected saves and then made some stops that turned a lot of saves.

Ronan is a monster of a 6-foot-4 defensemen who played both close and up top for the Orange Crush at the FLG in 3d Fall Shootout. He stands out on size alone, but runs the field exceptionally well and plays extremely aggressive on ball.

Wirtheim is a crafty left who ran the show from behind for Orange Crush. He has his head up when dodging and had some great looks inside. He was productive and showed some potential at the FLG in 3d event.